What is Colonic Hydrotherapy?

Colonic hydrotherapy is a very simple way of giving your colon, or large intestine, an internal bath. It rehydrates the colon and encourages the release of accumulated waste, toxins and excess gas. At the same time it exercises and tones the colon muscles and gently reshapes any bends in the colon.

How did Colonics come to the UK?

The world renowned practitioner, Milo Siewert, Doctor of Medicine and Chiropractic, introduced colonics to the UK in the 1980s and was the founder of the Association of Registered Colon Hydrotherapists (ARCH) of which Karen is a member. Milo had been practising natural medicine for 50 years until he passed away at the end of 2012. Karen was lucky enough to have been trained by him and his years of expertise have been invaluable to her.

During the therapy a lubricated disposable speculum, which is 20mm in diameter, is gently introduced approximately 6cm into the rectum. The speculum has two tubes attached one introducing warm, temperature controlled filtered water while the other gently releases waste through the pressure of gravity. Simultaneously water is introduced into the colon and waste is released.

A colonic is generally painless and there are no smells or mess as a closed system is used. After the therapy more waste is expelled in the bathroom to complete the release. You will evacuate a volume of old and new waste equivalent to several bowel movements however if you have constipation or sluggish bowels then it may take a couple of colonics to achieve this level of release.

The appointment lasts approximately 80-90 minutes with the colonic lasting around 45 minutes and a digestive consultation will be done before and afterwards. You can find more information on the appointment here.

There are some contraindications so I ensure that these are discussed prior to making an appointment. 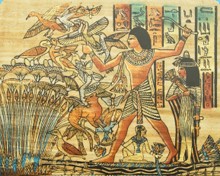 Colonic Hydrotherapy can be traced back to 1500 BC when the ancient Egyptians performed colonics in a river with a hollow reed… thankfully today things are a little bit more advanced!